In cooperation with the Kishwaukee Water Reclamation District (KWRD), the City of DeKalb has committed capital funds in 2021 to support homeowner and business efforts to remove illegal sump pump hookups from the sanitary sewerage system.

During normal operations, the KWRD water reclamation facility has more than adequate capacity to treat sanitary sewer flow from its customers through its closed collection system. Similarly, the City of DeKalb’s separate storm sewer system typically has more than enough capacity to convey groundwater from private property and public street culverts safely and efficiently.

However, stormwater inflow from illegal hookups and groundwater infiltration from leaky pipe joints have created harsh demands on the sanitary treatment system during major rain events. Over recent decades, the KWRD (formerly the DeKalb Sanitary District) has annually devoted substantial staff hours and capital resources to remove stormwater from the sanitary system. Such inflow and infiltration has also caused backups in floor drains and basement plumbing fixtures when the volume of groundwater in the sanitary system exceeds its temporary pipe storage capacity.

In the late 1980s and 1990s, the DeKalb City Council created a program to offset part of the cost of re-piping or otherwise legally connecting sump pumps to the City’s storm water system. In some cases, the installation of “French drains” was sufficient to retain the pumped water during rain events where yard areas were large and the alternative of connecting to a nearby storm sewer was not feasible. Despite the best efforts of KWRD and the City of DeKalb to enforce sound new construction practices, the flow monitoring by the KWRD in recent years has revealed that private sources of inflow and infiltration continue to tax the treatment system during rain events. The main sources of this inflow and infiltration are the following:

The graphic illustrates these common sources of inflow and infiltration: 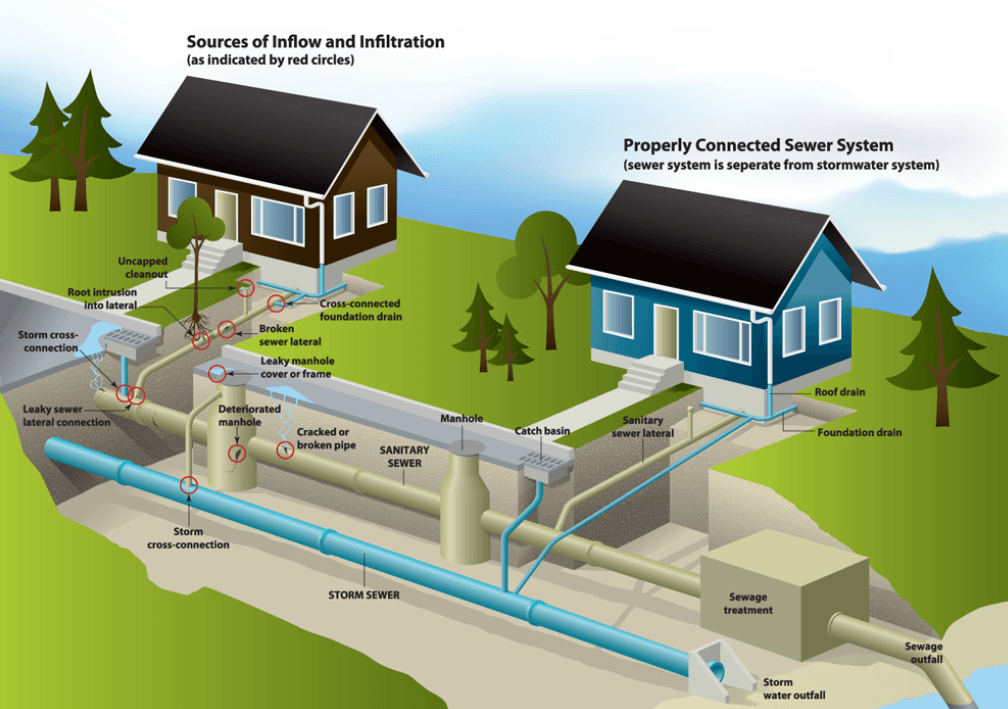 In 2021, the City of DeKalb will reimburse eligible homeowners for a portion of the qualifying cost incurred by a licensed contractor for the proper connection of sump pump lines with the City’s storm sewer system in the adjacent street. In the event that a City storm system is not proximate to the residential owner’s lot, the City will consider assistance to partially offset the cost of the installation of a French drain, provided it is not likely to create standing water in yard areas that could damage adjacent property.

This is a cross-section of a do-it-yourself French Drain: 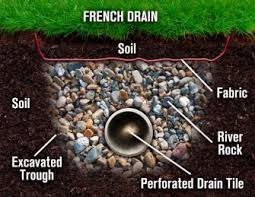 And this is a pre-fab French drain: 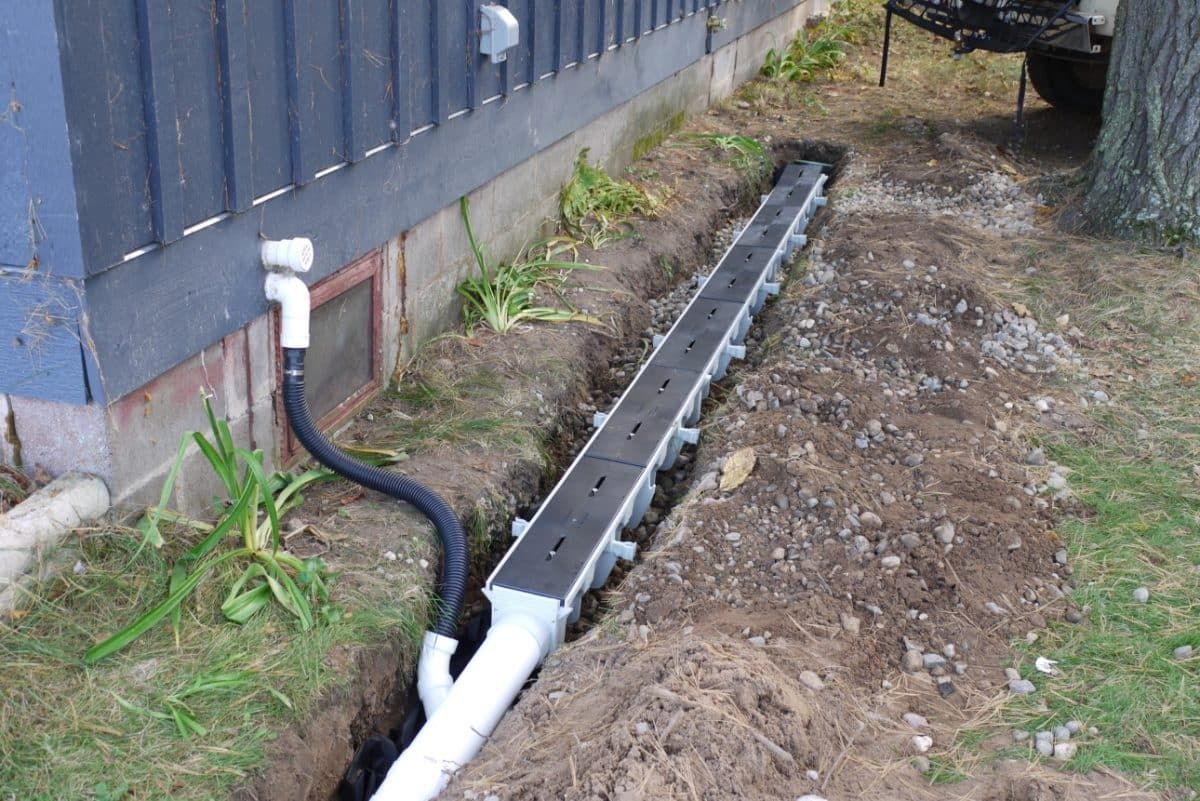 The City’s sump pump assistance program will reimburse homeowners up to $3,000 or 50% of the cost, whichever is less, for the remedy of illegal sump pump installations. In some instances, the removal of illegal sump pump piping from the sanitary sewerage system may be part of a larger project to repair or replace private house sanitary laterals. In such instances, the homeowner may be eligible for both the KWRD and City programs, which would reduce the overall cost significantly.

In order to be eligible for the City’s sump pump assistance program, the requirements are as follows:

The application form for the program can be found here.