DeKalb Police Officers are assigned to patrol the schools before, during and after school to give a police presence. Shared ideas were created with police officers and school administrators to better serve our schools, make them safer, and break down barriers between teachers and students who may not see the police in a positive manner.  The program has been given the name "Adopt A School" and is well received by those in attendance.   The officers may attend the early morning breakfast program, attend classes to read books, share stories, and perform other activities. Barriers are broken down between parents and the police, students and the police, as well as teachers and the police. 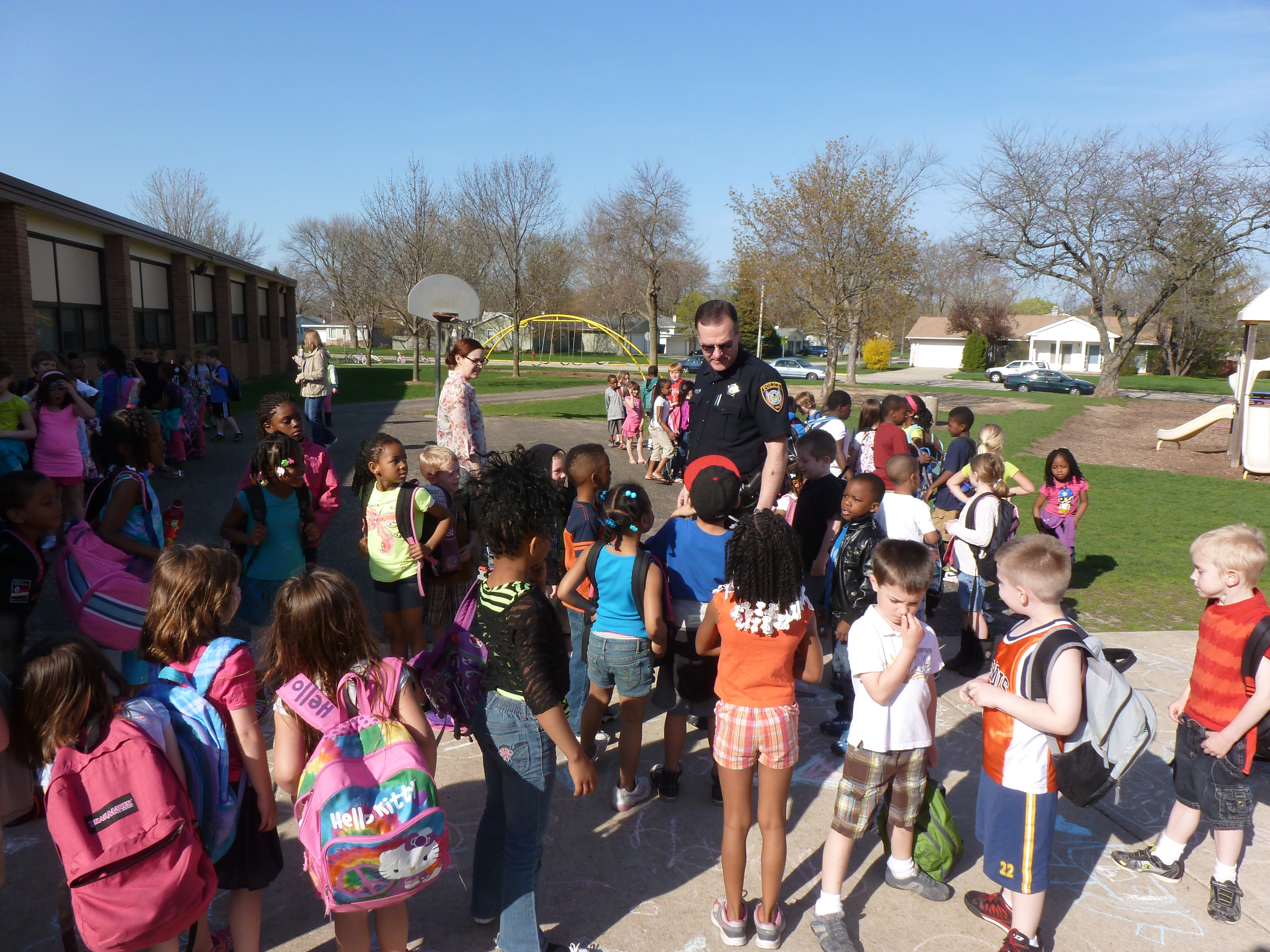 Every other year a mock DUI crash is held at the DeKalb High School just prior to prom.  The scenario is a two-vehicle accident with multiple injured and one deceased passenger.  Juniors and Seniors watch as the entire process from the 911 call to the arrival of Police and Fire Departments.  The students are made up to look injured and are removed and transported by ambulance.  The Coroner is summoned and removes the deceased.  DUI tests are conducted on the driver who fails the tests given. The driver is then placed under arrest. This reenactment is powerful and depicts what can occur when driving under the influence of alcohol or other intoxicants.

National Night Out is America’s Night out against Crime. The annual National Night Out (NNO), is a community education event sponsored by the National Association of Town Watch (NATW). The National Night Out campaign involved citizens, civic groups, neighborhood groups, local businesses and members from police and fire departments from over 15,000 communities from all 50 states, U.S. territories, Canadian cities and military bases worldwide. There were several police vehicles on display including squad cars, a police motorcycle, a police bicycle, and a mobile command center. Child safety seat technicians were on hand for car seat inspections, and the DeKalb Fire Department and Cortland Fire Department volunteered their time to staff the always popular simulated fire house. As usual, the K9 demonstrations by the DeKalb Police Department and DeKalb County Sheriff’s Department were held throughout the event. Water, soda, cotton candy, hot dogs and other various food items were donated by Target.  Worldwide, over 37 million people participated in National Night Out.

The DeKalb Police Department participates in the National Prescription Drug Take Back program. This program is free and anonymous for those who wish to drop off expired, unused or unwanted prescription or even over-the-counter medicines.   A major goal of the program is to reduce prescription drug abuse, overdose deaths and hurting the environment.  The disposal of the drugs is done in an environmentally safe manner.  The DeKalb Police Department also has a prescription drug drop box is located in the lobby of the police headquarters to allow residents to drop off unwanted medications year-round.

Not on My Campus

Northern Illinois University and Kishwaukee College Student Associations and the DeKalb Police are working together to help make the campus and community a safer place.  This program encourages accountability, responsibility, situational awareness and supporting one another. "Not On My Campus" is committed to ensuring that individuals have a place for a positive voice to support all those who have been victims of intolerance and to encourage those who have committed these acts to join us in taking a personal pledge to end intolerance and crime on our campus.